Through The Desert Of Candelaria: The Witches’ Yard!

from
£0.00
All about the Through The Desert Of Candelaria: The Witches’ Yard!.

The tour begins with a professional historical explanation of the architectural doctrine of the municipality, in the central plaza, the town’s olive tree park: the church, the atrial cross of the VXII century and the stone of the punishment; monumental vestiges of the past of Sáchica and the region, traces of the meeting of the worlds: Spanish and indigenous and evidence of the evangelization and the Spanish conquest that took place in these latitudes and that marks the beginning of the town in the style of the Spanish layout, a populated center where the local history and the identity of the community will be developed.

Through traditional paths, the old Raquira-Sachica road, we will enjoy the landscape of the Candelaria desert, its fauna, flora, stories, legends and myths, while we walk into this unique desert in Colombia for its altitude and endemic species; We will contemplate the cultural landscape of this ecosystem until we reach the Witches’ Yard, an astronomical park built to remember our indigenous culture and its astronomical knowledge, located in a place traditionally associated with offering activities and stargazing by our Muiscas ancestors, which the Spaniards associated with offerings to the devil and witchcraft, within their conception of conquest, plundering and breaking the ABORIGIN traditions.

Legend has it that at certain times of the year lights are observed and melancholic songs of our ancestors are heard in the form of spirits that lament the tragedy that occurred with the arrival of the European armies in the sixteenth century and broke with the indigenous daily life, their customs, worldview, forms of settlement, cultivation and sacred sites; They say that the witches dance with the devil on clear nights, but no one in the village dares to go up, even though they hear the wailing, the partying and the bustle; at dawn everything ends, and the sun emboldens those who go up to look, but there is no trace of anything, only a swept yard, very clean.

To better understand our indigenous history and the implications of the Spanish conquest we will continue to one of the oldest monasteries in Colombia, where the monks of the 16th and 17th centuries swore asceticism in caves and spread the Catholic religion to the natives, today although it is still property and serves as a retreat for Augustinian Recollect monks, There is also a museum that shows us objects, documents and assets from the daily life of those times, in a picturesque and traditional settlement called La Candelaria, which gave origin to the name of the desert after the arrival of the European invaders. This walk and its explanation of the sites gives us a general idea of the history of the Saquencipa Valley and its original indigenous chieftains. 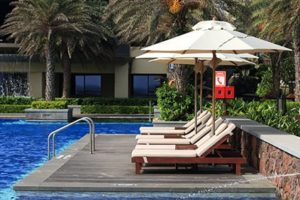 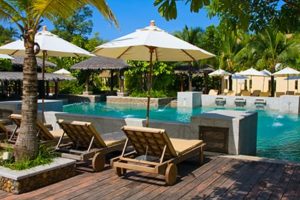 “Back To The Origin”: Paleontology And Archaeology By Bicycle